I was most excited about The Question #1 coming up in the Convergence stew of the DC Universe. Issue #1 was solid and we see Renee Montoya looking comfortingly familiar and without the “Mark of Cain” on her forehead. Good deal.

Greg Rucka did an interview with the good folks of comicbook.com. One question (lol, smh) he was asked is if the show Gotham affects or informs his writing of Renee Montoya:

Renee is obviously on Gotham right now, giving her a kind of visibility outside of the bat-books that she hasn’t had before in a lot of ways. Do you feel like other-media adaptations can help bring a book like this in front of a new audience or is that something that doesn’t even occur to you?

I don’t consider it. Comparing Renee in Gotham to Renee in this is…problematic. It’s the alternate universe thing; Gotham’s Renee is clearly born of work that I and others have done with her, but that doesn’t make her the same character as much as it makes her yet another interpretation, iteration. If Gotham’s success brings people to the book, I think that’s wonderful, that can in no way be seen as a bad thing. But it’s just not something I can let inform the writing.                                   –By Russ Burlingame [02/23/2015] 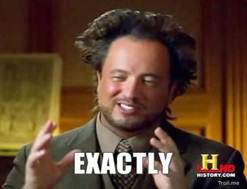 and Victoria Cartagena (of the show Gotham) seems like a very nice lady, but she just isn’t Renee Montoya to me. I mean, is it just me? Are there people out there that see this?

Overall, though, I’m just glad to see these characters depicted on television. Who knows when I’m going to be able to go to a theater and see a major film starring Wonder Woman and featuring Batwoman and The Question and Batgirl; hell the Birds of Prey and yeah…dreaming.

Hey, this casting thing is easy…

The Birds of Prey show got Black Canary right 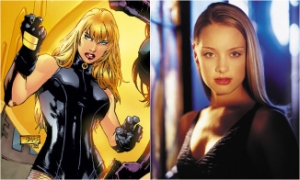 I don’t know so much about Huntress…